The papyrus from Herculaneum, carbonized by Vesuvius during the eruption in 79 AD, reveal that the ink used contained metals. This is a big surprise! The use of metals in the ink is much older than what it had been believed. The discovery is due to group of researchers coordinated by Vito Mocella of the Institute for Microelectronics and Microsystems of CNR in Naples. They used the most advanced technologies to understand the mysteries of ancient texts found in the library of the Villa of the Papyri in Herculaneum. About one year ago, the scientific team was been able to decipher, for the first time thanks to an innovative scanning technique with X rays, some words of those precious writings. Now the researchers showed that the ink in which the words were drawn on papyrus contained lead. Prof. Mocella explained why this strike is so important: “Until now we thought that before the 4-5 centuries AD, the metals were not present in the ink, overall in the greek-Roman papyrus. The first metallic mixture used as ink, in fact, dates back only to 420 AD. Later, metallic inks became the norm for documents of late antiquity and in the Middle Ages.” 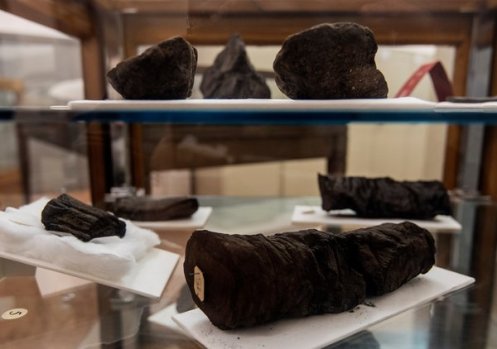 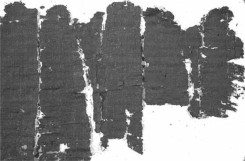 'Specialising in archaeology and art tours, Askos Tours aims to bring Italy’s cultural riches to life in an insightful and entertaining way. As well as trips around Naples — the bustling, atmospheric Campanian capital — Askos Tours can also arrange a variety of travel experiences for visitors looking to make unforgettable Italian memories, with particular expertise in Pompeii, Herculaneum, Amalfi, Sorrento, Capri, Positano, Rome and the Vatican. Askos Tours strives to offer the very best in private and small group tours in order to help travellers gain a deeper understanding of the world of archaeology, art and local traditions.' View more posts